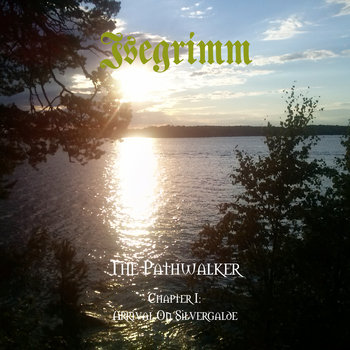 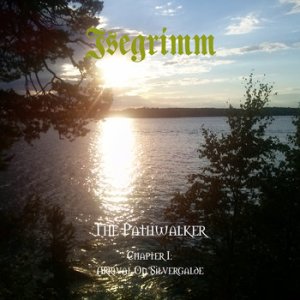 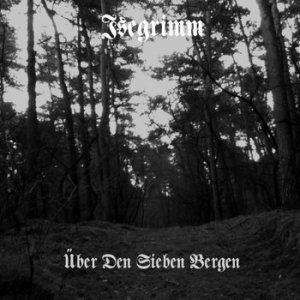 Today we have for you a special interview with one of the few dungeon synth artists who have recently re-sparked my interest in the style.  Those of you somewhat or completely unfamiliar with dungeon synth might be more familiar with the likes of Burzum’s 2 albums recorded in prison or early Mortiis.  While the roots of dungeon synth are somewhat drawn from black metal, it has since well-grown into a life all its own even with sub-areas (i.e. dungeon noise etc.)

But Germany’s Isegrimm is one of the special few dungeon synth projects that separates itself from the lot.  The sound is a bit more modern, genuinely more pristine and even grabs a candle to step outside of the dungeon into the likes of neo-classical/dark ambient.

Max, the sole journeyman behind Isegrimm was kind enough to devote some time today to answer a few questions about this otherwise mysterious project.  We thank him for that!  Please pay a visit to his Facebook and Bandcamp pages below.

For the new listeners and readers, could you provide a short history on the Isegrimm project and how you became interested in dungeon synth music?

Greetings! The project started out in early 2017, more as something to channel my interest in orchestral music. There were several demos recorded, mostly for myself to improve my “skills” in that direction. The sound quality was pretty bad, not really suitable for an actual public release though. I took some parts/melodies from these demos to record some more serious songs for the first EP “Über Den Sieben Bergen” which was released in may this year. The next album “The Pathwalker -Chapter I” was actually finished a few moths later as a 20 minute one-track album. I don’t have much more to say about it since the project is still at it’s very beginnings. Both albums will be released soon as a very limited tape version.

Well, about dungeon synth itself, I can’t really tell you how this whole genre got my interest. I think it was just a natural progression in my taste in music. There are a lot of movie/game soundtracks as well as some dark ambient artists I like to listen to, so dungeon synth was probably just a next step.

The latest release, “The Pathwalker; Chapter I: Arrival On Silvergalde” is the start of a story about the Commonwealth Saga by Peter Hamilton.  Talk a little bit about that and what you expect for the next chapters.

To give you a little briefing about what’s happening in this saga (without any spoilers of course): I takes place in a distant future, exactly the year of 2380. Humanity has spread all over the galaxy by the help of a new scientific invention which allows everybody to travel the most remote places with worm holes. They discovered an alien race called the “Silfen” which appears to be very mysterious, because they travel through the universe without any technology and only by their “paths”. They allowed humans to colonize on their homeworld Silvergalde, but only under certain conditions: they may not use modern technology. So this whole colony on Silvergalde appears as very medieval looking village which is a huge contrast to the rest of all colonies.

I found that very fascinating and well fitting for a story on a dungeon synth based album. A medieval colony on a mysterious planet in a highly developed universe. Well, I can’t really tell a lot about further stories, because I always begin thinking about that when the music is finished.

Do you think that interest in composing dungeon synth is largely based upon geographic location?  What I mean is this… do you think that there are certain parts of Europe or even the world that have more dungeon synth artists because of the land or culture?  Did your location affect your decision for this music?

I can refer to a thread I followed on the dungeon synth proboards forum that discussed why so many new dungeon synth artists are based in the US. The main point was that american culture simply does’t have these relics from medieval times like castles or other old buildings, so these musicians had to use their imagination as the only source of inspiration.

Speaking of me, I don’t really think my location (Germany) affected me in that case. I don’t even know as many German dungeon synths artists as I know from the US

What do you think makes a good dungeon synth album?

The basis for a great dungeon synth album are the melodies and the atmosphere they create. Good examples for me are artists like Fief, Trogool or RaevJäger. I’m not really a fan of this whole “dungeon noise” thing going around. I do listen to dark ambient and drone stuff, but that’s not really which creates this very special atmosphere for me. Sorry to all dungeon noise dudes out there, haha.

Who are some of the artists that inspire you to create this music?  Also, who are some newer dungeon synth artists you feel are very good?

The funny thing is I don’t really draw a lot of inspiration from other dungeon synth artists while composing my music, more from film music and electronic music. Some artists here are Jim Kirkwood, Tangerine Dream, Solar Fields and Howard Shore. There is also some symphonic black metal bands like Limbonic Art or Obsidian Gate that inspired me the most.

The Isegrimm sound does seem to have some old elements to it.  But the synth sounds do seem a bit different, even more modern.  Could you talk a little bit about your composition and studio set up?

Most the time I’m experimenting with different sounds I got on my keyboard workstation. Due to lack of money, I don’t use any VSTs for orchestration so far, so the process of composing is pretty limited for me. For the more modern synth sounds I use a classic Moog, great to do sequences with! I simply like this combination of classic orchestra instruments and more modern synths.

You receive a payment to compose an album; a tribute to the black forest of Germany. You choose to use field recordings and studio equipment.  How do you finish this album?

Well, I’d probably spend most of the time wandering around there and listening to music to get as much inspiration for such a project as possible. The next part would be to randomly playing stuff on my keyboard until some nice melodies come into my mind. This is pretty much what I did for my other albums.

Ok, many years from now…. a very distant relative locates a box in an old house that your family owned.  The box is labeled “Isegrimm.”  Inside the box is some of your music and something to play it on.  For this relative… what is your hope that know about you, ….that is, just from listening to your music?

Hopefully it shows how I imagine the story, landscapes or characters of the albums by only listening to the music, because this is the most important part when I compose music for this project.

Both Isegrimm releases are available in digital format via the bandcamp link below.  Go Support!