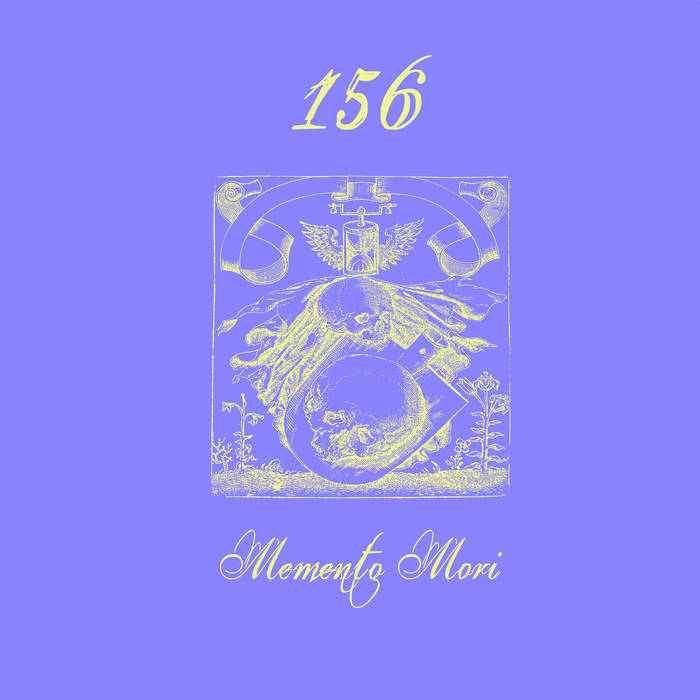 From time to time we take trips back and in this case it is indeed for good reason; one of the most intriguing releases to be tossed in our direction.

Today we have for you the 2016 Ltd. LP/digital album Memento Mori by 156.  156 is the product of Adel Suoto, who is a Cuban-born musician, multimedia artist, and writer, currently relocated to Miami Florida

Why is it “one of the most intriguing?”  Because the music is made almost entirely using human bones, or by human breath passing through bones.

From Bandcamp: “The vinyl was pressed at 45rpm, so as to be able to play it at 33rpm during storms (titled “Thunderdrone Versions”). The digital release contains the original recordings, plus all Thunderdrone Versions (33rpm on the vinyl edition). “

For an album composed pretty much entirely of bones (other than voice drone sounds), the tracks are different in terms of rhythm and speed.  It definitely evokes a sort of ritualistic, primal atmosphere.

If these creepy drones like in track 1, “Kokoro,” for example, were made from the sound of human voices passing through bones, that is some incredibly interesting mixing and layering.  Had I not known, I might have mistaken the drones to be synth-created.  That’s how authentic they sound.  Perhaps the creepiest of tracks is “To My Sons And Daughters” with its ghost-like wind drone sound (again, human voices here) and repetitive, more minimal bone strikes.

A lot of the inspiration for this album clearly comes from early industrial pioneers such as Test Dept. or Einsturzende Neubauten.  The rhythmic striking of bone on bone is, in an odd way reminiscent of early industrial hits or even some death industrial demos.

Memento Mori is available as a 10″ vinyl record on bone-colored vinyl and is limited to 489 copies.  It is also available as a digital download.  The digital release contains the original recordings, plus all Thunderdrone Versions (33rpm on the vinyl edition).