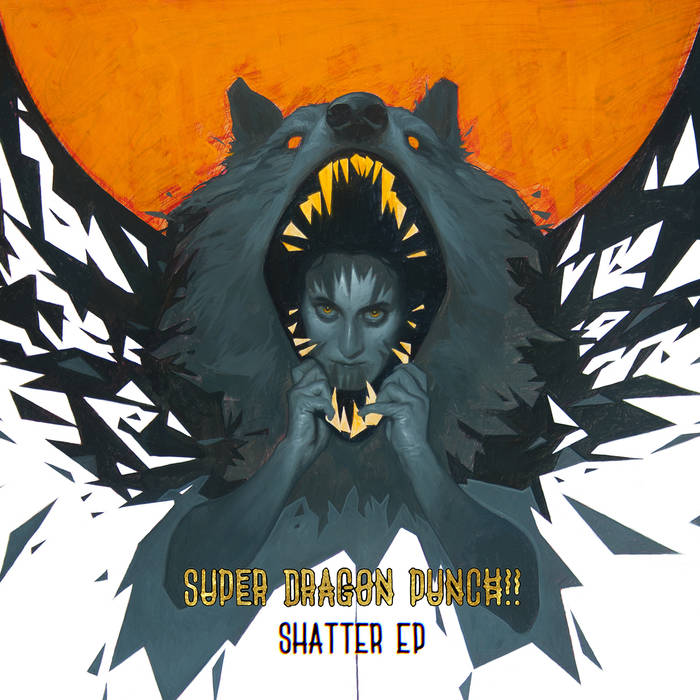 Coming close to the end of a series of ebm/industrial/synth-pop releases, we bring you to the new EP from Belgium’s Super Dragon Punch!!, Shatter EP.

Super Dragon Punch!! is the project of Jeremie Venganza and has been in existence since 2012 after a series of involvement with various projects for 15 years.  I’m thinking the name is a reference to the video game, Street Fighter.

Aside from that, there is a clear influence from retro-gaming in the samples and not to mention Jeremie’s Street Fighter and Crystal Castles t-shirts which he can be seen wearing in some pictures.

From superdragonpunch.com:  “SDP!! won the Dark Demons Night contest, scoring a gig at the famous Belgian BIMfest festival in 2016.”

In any case, Shatter EP contains 5 original tracks and 4 remixes.  Stylistically, there is a clear influence from 80s/90s synth-pop with a bit of a modern ebm twist.  However, occasionally Super Dragon Punch!! does something very rarely seen in this music which gives the music some definite uniqueness; abrupt key changes. (i.e. 1:30 on “Inspire.”)  But you know what?  It doesn’t happen that often but when it does, it actually works probably to the advantage of helping this artist establish its own identity in a flood of copy-cats.  The four remixes include those by Assemblage 23, Terrolokaust, WOTTW and Iszoloscope.

It’s been a great week that has given us hope for the future of this music; that there are still artists out there regardless of geography that are willing and able to do something that balances out the familiar and the unique.  Count Super Dragon Punch!! among them.

At the end of the day, I’m looking forward to seeing what Super Dragon Punch!! does next.  If you are into 80s/90s synth-pop but more on the modern ebm side, you’ll no doubt like this guy’s work.

Shatter EP is available both as a digital release and on CD.  Check out their Bandcamp site for more information.