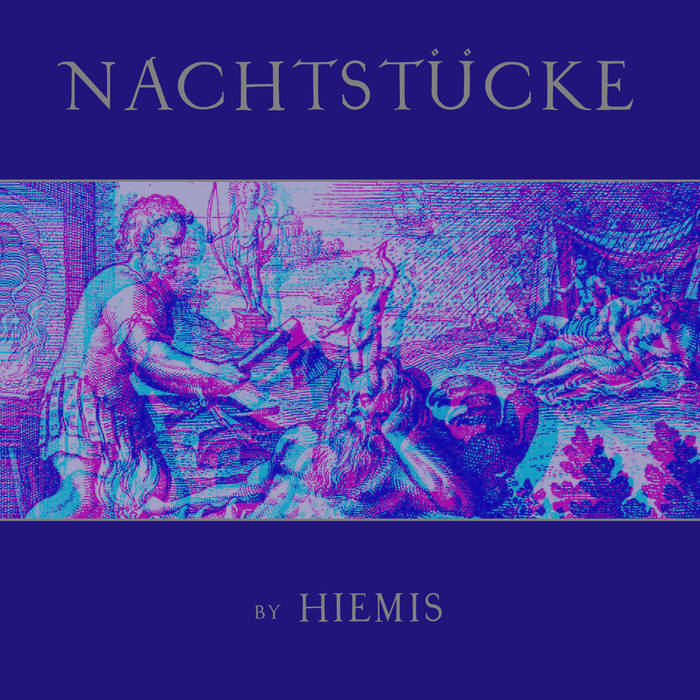 From Gradual Hate Records comes a digital-only release that is both deeply immersive and lush. Nachtstücke is the latest release from Hiemis.

From Bandcamp: “Nachtstücke” is a look at that universe where disturbing characters live that become oracles, supposedly trivial images that contain a mystery, as well as threatening inventions that never cease to amaze us.”

Much of the majesty of this recording in all of its depth and immersion lies in some reverb-drenched, multi-layered ambient drones that often are progressively built up.  There seems to be some subtle nuances of field recordings which give some of the tracks in the album a very slight cinematic effect.  Track 1, “Der Magnetiseur” is a good example of that.

However, a more experimental angle is going on with “Die Automate” where we have some high-speed wind-like ambient planes with some very low-end pulsating bass noise.  Then the piece opens up, experimenting with some string plucks and found object strikes to a very moving, vast and uplifting composition.  It becomes a very picturesque dark ambient track suitable for the soundtrack of someone peering out a sea-side window.

“Der Sandmann,” however, starts off with a flurry of environmental activity and seems to leave the ambient piece in the backdrop, however briefly.  Some beautiful piano and string sounds are now incorporated giving more of a nostalgic, melancholic, yet neo-classical feel, rather than dark ambient/drone.  “Vampirismus” is an extremely vast-sounding with an unending reverb-soaked base and is yet another great example of why this album has no problem swallowing the listener whole.

For a release that is predominantly dark ambient/drone in its foundation, there indeed is quite a bit of flexibility and experimentation with Nachtstücke.  The album seems to want to tell a story rather than simply provide accompaniment for a long journey.  With that said, fans from neo-classical to dark ambient will find something to love herein.