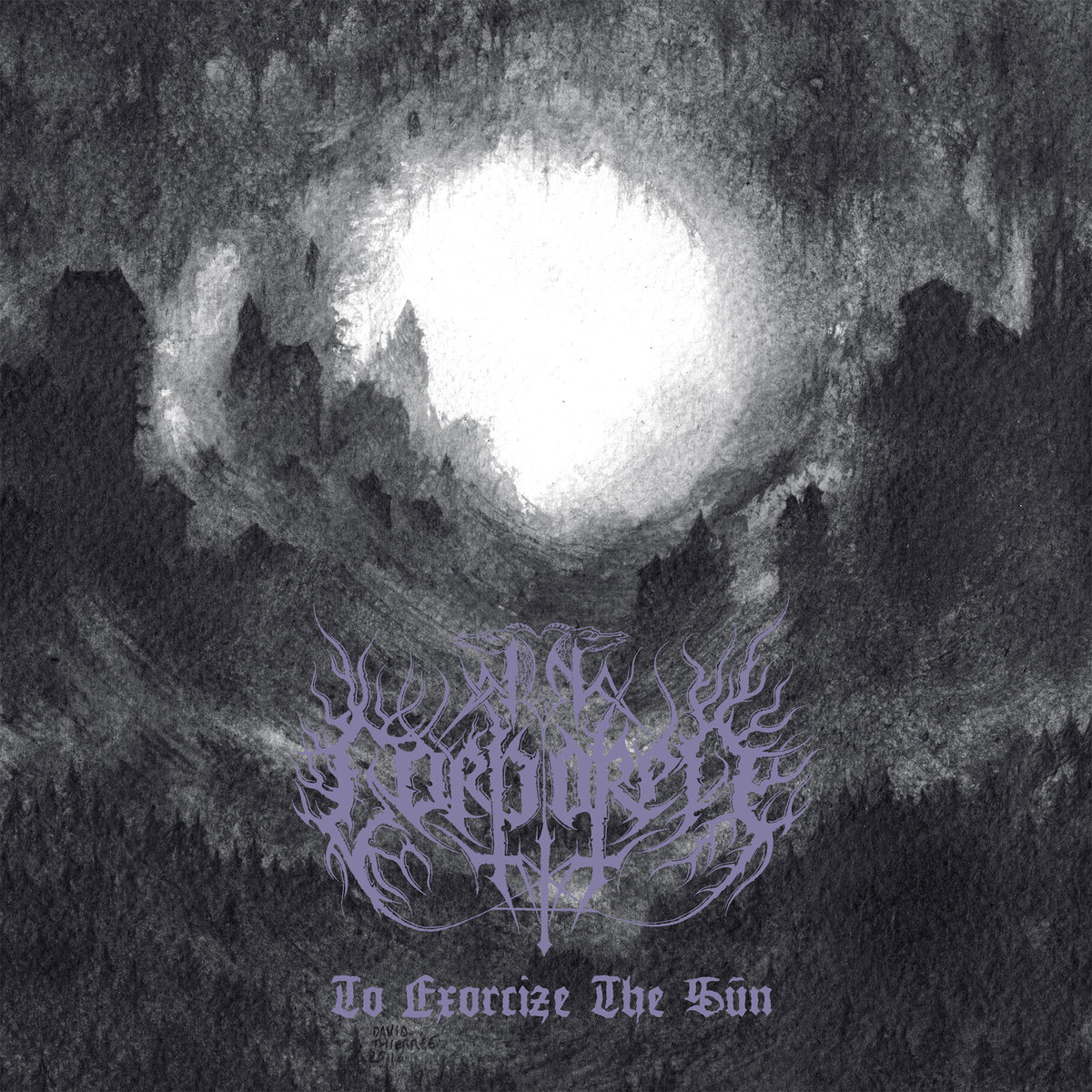 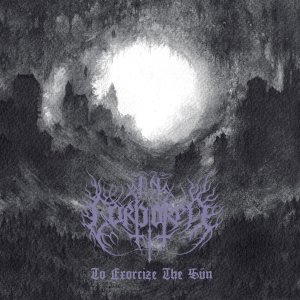 Some black metal bands are still mindful that it is perhaps of the most importance to create memorable compositions.  Even if this idea has spawned its own genre of “third wave” or post-black metal, or atmospheric… so be it.  Atmospheric bands like Chiral from Italy understand that.  Incorporea apparently does as well.

Incorporea from Spain came to us with a 7″ of two memorable atmospheric black metal tracks, “Carved In Paroxysmal Void” and “Frigid Caress Of Ivy.”  This is To Exorcize The Sun available on Vertebrae Records.

“Carved In Paroxysmal Void” starts off as a sweeping mid-fast tempo track that includes some interesting chord progressions.  The vocals are performed and mixed in such a manner like they are a wind at the side of a vehicle travelling at a high rate of speed; cold and abysmal.  The track then switches to a slower, more melancholic vibe with some single-note patterns instead of rapid tremolo.  Herein the combination with some underlying chord progressions might eventually become somewhat of a benchmark for these guys.  A clean guitar mimics the patterns later in the track and the piece turns into a song that is both nostalgic and suitable for the end of a reflective albeit sorrow-filled day.

“Frigid Caress Of Ivy” is exactly what it says it is; frigid.  Stylistically, it might be more akin to a “3rd wave” or post-black metal sound, just without all the ether and fuzz.  This song appears to slightly employ a technique that a band like Chiral has mastered.  For the most part, the pattern is repeated but bears slight changes.  It is beauty in simplicity.  The song slowly morphs into something more delicate but equal in emotional gravity.  Clean acoustic-sounding guitars are brought in and layered until the end of the song.

The transitions the band comes up with might not make sense to everyone.  But that’s what we like about bands like Incorporea; they create their own rules.

This release would be a perfect predecessor to a full-length album.  These two tracks have me looking forward to that possibility.  Really the only problem I have with this release is that there are only two songs.  At least they are two that are equally memorable and as good or even better than most of the atmospheric black metal out there.  Highly recommended.  Period.