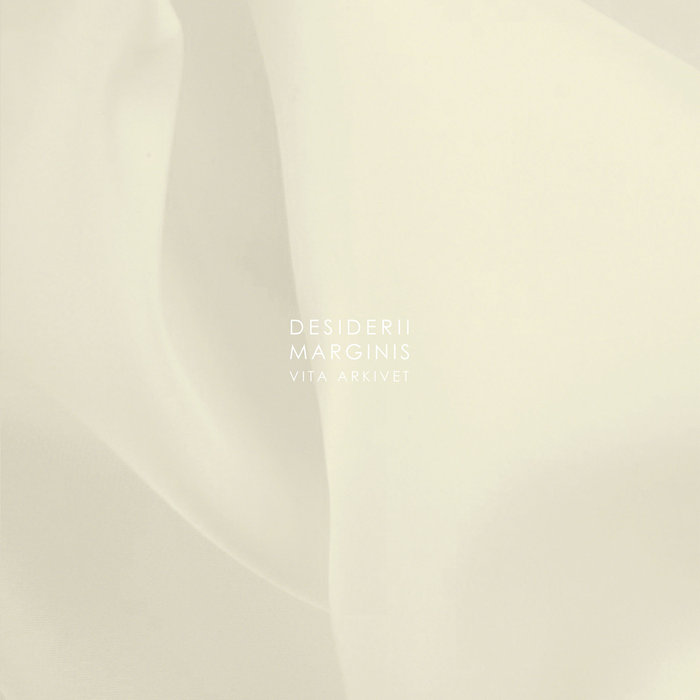 One of Sweden’s most notable dark ambient acts, Desiderii Marginis is our cause for review today as they have just presented their long-awaited new release, Vita Arkivet on Cyclic Law Records

Before we get to the review, read the passage below from Cyclic Law regarding the context of the release.

From Cyclic Law: “ “Vita Arkivet” translates from Swedish as “The White Archive” and is an official document detailing ones funeral arrangements. In death our existence is whitewashed, the slate wiped clean. We start all over and we bring nothing with us were we go. We lose the agency of our own memory and leave it for those left behind to attend to, to continue our story, to write our eulogy. Vita is also the latin word for Life, so the meaning could also be “The Life Archive”. White is the colour of the casket lining, the plaster death masks and the walls of the chapel, it is the colour of the first and last pages. What is kept in between the covers of our life archives? This record is a personal reflection and manifestation of that process, the loss and the great detachment from life, from others, and from ourselves.”

Vita Arkivet may as well be the soundtrack to the passing one makes to the next life and may in fact be cause to slow down and lose ourselves in the sounds that envelop us instead of focusing on the light ahead.  The album begins with the track, “Capsule” which weaves low-end drone-like planes with some male liturgical sounding voices guiding the listener down.  Much of the track sounds vast at times but columnar and almost “metallic” in sonic tones.

Much of the release maintains very subterranean, somber soundscapes with the male choral vocals appearing from time to time.  At times sparse and others, claustrophobic and complex, this is Desiderii Marginis rendering soundscapes in only ways that they have received a reputation for doing so.  Contrary to some of the “movement” of some of the tracks, “Vertigo” appropriately maintains somewhat of a centrifugal force with some ambient drones and sparse death/industrial sounds in the backdrop

Vita Arkivet is about as good as Desiderii Marginis gets.  I’ll bet the LPs, if given the proper sound system, maintain an especially nice vibe for the recording and thus, listening experience.