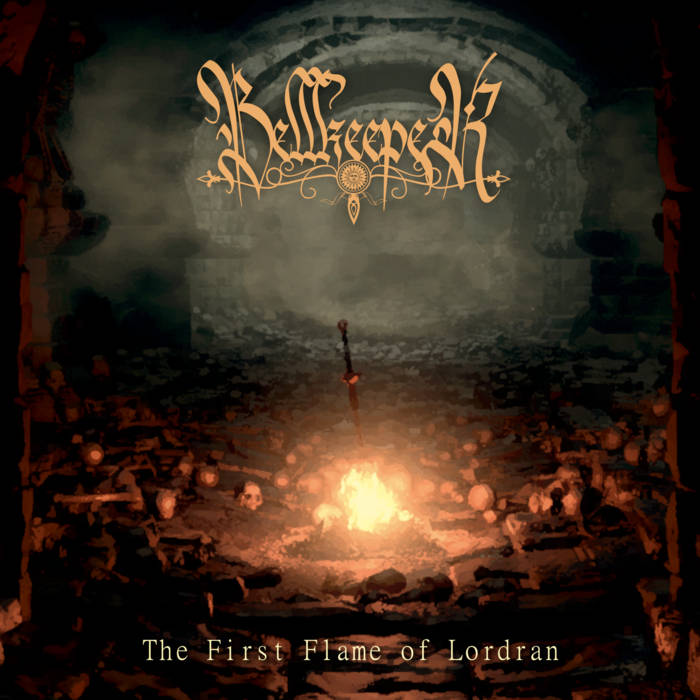 The Sunday Dungeon reviews return and today our offering is the magical new release from Athens, Georgia-based Bellkeeper; The First Flame Of Lordran.  The Sunday Dungeon is especially fun in cases such as this where the mystery of the artist appears to exist as much as the music itself.  With that said….

The First Flame Of Lordran at this point in time is a digital-only release though a limited cassette is apparently imminent.  The album clocks in at just under a half hour with seven tracks ranging from 1:42 and 5:42.

Bellkeeper brings forth a good mixture of old-school dungeon synth in the vein of early Mortiis and Lamentation yet perhaps sped up ever-so-slightly.  The real treat of this recording is the starkness and character due to the most effective use of the mixing and reverb.  At times there appears a cinematic element such as in “A Sanctum of Ash and Amber.” As such, one is more apt to envision dirty, dimly-lit catacombs or damp, stonewalled prisons.

“The Bell And Resurrection” might be a highlight with its contrasting feeling of uplifting giving the listener a vision of light peering in from the dingy, musty subterranean world created by Bellkeeper.  Sonically, Bellkeeper appropriately keeps most of the composition on the low-end of the keys but this track especially brings forth a great dynamic both for the ears and the imagination.

A great dungeon synth release and artist to be on the look-out for.