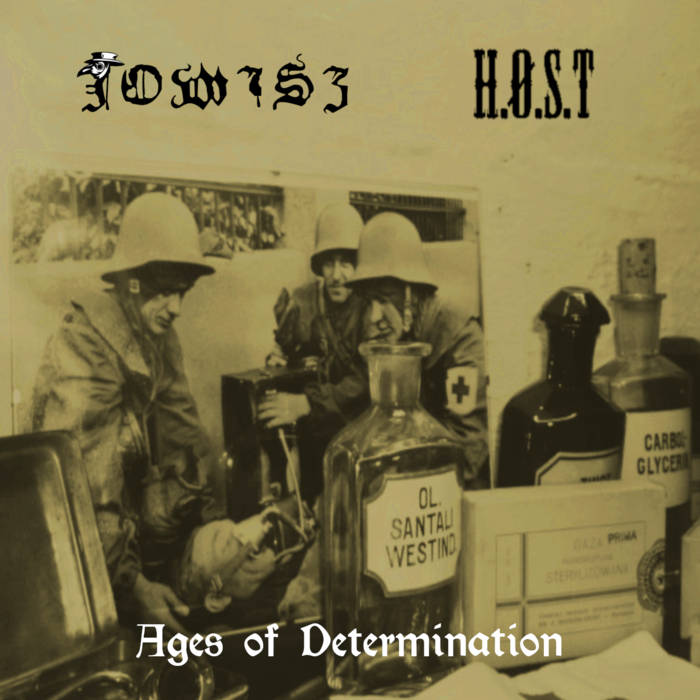 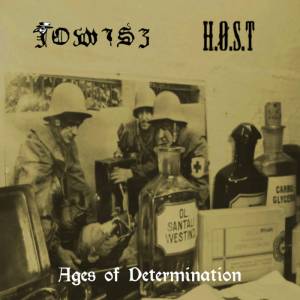 H.ø.st is an obscure project based in Poland that combines the use of harsh noise, dark ambient soundscapes and military-themed samples and found sounds.  Their latest release is a digital-only split release called Ages of Determination.  H.ø.st’s work is truly unique and we’re very grateful to him for the interview.

Could you please provide us with a little background information and the meaning behind the H.o.s.t name?

In Norwegian, H.o.s.t means autumn. The name is the result of my fascination of Norwegian black metal scene. I placed the full stops as I’m a fan of S.T.A.L.K.E.R games and post-apocalyptic theme in general.

Your latest release is a split called “Ages of Determination.” Talk about the ideas behind the tracks on it.

My major inspirations have always been conflicts of the 20th century. I search for ideas in books, movies, music and various materials found online. On the split album, I intended to show how Warsaw Uprising felt, as well as the Red Army entering the territory of Upper Silesia, and the claustrophobic vibe shows the service at German submarines.

You have some intriguing samples included on the latest release? What are some of the sources?

My sources are different archives containing speeches and marches. Also, many things which everyone is free to find online.

What’s more important for you? To tell a story or present an atmosphere and let the person’s imagination take what they will?

In my opinion, these two things should coexist in symbiosis in order to make our listeners interested in a certain topic. Sometimes the story itself is not enough and we need a stimulus for the brain to feel the atmosphere and understand the topic which I wish to tell the story about.

You are from Poland. Are you influenced specifically by Polish culture, history etc? How do you feel about the Euro-nationalist philosophies of the neo-folk/martial acts?

Yes, I read a lot about the history of Poland. It builds my own perspective, broadens the horizon and, sometimes, creates my critical opinion on the decisions made in Poland in the past. Sadly, I can notice that we repeat the same old mistakes. Currently, I’ve been reading a lot about the history of Upper Silesia and anything related to its ethnography and culture. Nationalism is a political doctrine.

Personally, I see a huge impact of Julius Evola’s philosophy on the martial industrial and neo folk scenes. In his works, he glorified heroism, the ethos of a knight and warrior, and the ancient spirit of Europe. His philosophy opposed materialism which is currently destroying us in the 21st century. His approach towards Aryanism was also spiritual and not racial, as in the case of the Third Reich. Evola saw the ethos of the Aryan warrior and heroism even in the Asian culture, which puts him in opposition to German racial politics.

Your bandcamp page features a quote from Nietzsche: “He who fights with mon­sters should look to it that he him­self does not be­come a mon­ster. When you ga­ze long in­to the abyss, the abyss al­so ga­zes in­to you.” What fascinates you about Nietzsche and what is your favorite work by him? Are you influenced by any other philosophers?

I used that quotation as it is coherent with the memories of some people who survived the war and accurately creates the image of changes in human psyche during the war and after. My favourite work is Thus Spoke Zarathustra due to the idea of the Übermensch. It is a perfect individual person, independent from the others. The philosopher emphasizes that the possibility to become the Übermensch is not conditioned by inherited biological features. However, these may slightly facilitate the process of becoming the ideal, but the decisive role is played by one’s effort; thus, making use of the inherited potential. Nietzsche was accused of racist approach, but it is plain to see that the Übermensch theory is not about the cult of one race, but the cult of creative intelligence.

The Übermensch is an individual, not a social ideal. An ideal of a human being finding the purpose and the sense of existence beyond the area of traditional morality. Such a person becomes the creator of their own fate and the carrier of values worked out himself or herself, without coping with the moral pressure or orders. Despite not being ideal as a person, I am trying to guide myself with some of Nietzsche’s theories. As far as other philosophers are concerned, I have already mentioned Julius Evola. I am not going to point out more as I focus on historical books, memories, biographies. I often return to Slavic and Nordic mythologies. I am also a big fan of Polish fantasy. If you have a chance to translate from Polish, please do so.

Who do you cite as your most influential artists in any genre?

As far as black metal is concerned, Bathory. Death In June had the biggest influence on neofolk, and Legionarii, ARDITI, Waffenruhe impacted martial industrial most. Also, I was greatly influenced by Hans Zimmer. I wish I could reproduce a sinister vibe as in Hołodomor or Jasenovac.

Are there any particular points in history or battles you take interest in or like to focus on?

I am not inspired by the entire 20th century. However, it is not a secret that the Second World War interests me the most.

What about the technical side of H.o.st? Tell us about the tools you use to create.

I use FL STUDIO. I can’t tell much about my methods of making music.

I would like to focus on spreading the current album. About the future, we’ll see what it brings.