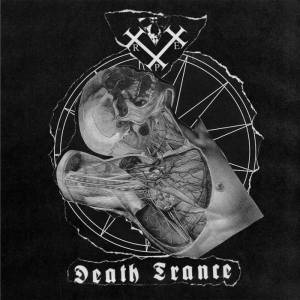 “It is meant as a weapon of extremism in every way imaginable.”  That’s RxAxPxE for you: the nutshell synopsis of the obscure harsh noise artist from Germany.  RxAxPxE are proof that Germany can stand toe-to-toe against the noise exports from the likes of Japan or anywhere else for that matter.  Their latest release is Death Trance currently available via Dunkelheit Productions.  We’d like to thank RxAxPxE for their time in this interview.

For the readers, could you provide a bit about the beginnings and background of RxAxPxE and the meaning behind the name?

Rxaxpxe has been started in 2005 as a transgressing form of destruction. Is has been in constant action since back then, exploring various musical genres, different mediums and various collaborations. It is meant as a weapon of extremism in every way imaginable. It is about the Rape of your world. Nothing else.

It’s said on Bandcamp that “every release is a ritual performed.”  Could you explain and elaborate on that?  How involved with ritual in the actual creation of the work?

Your new release is “Death Trance.”  The subtitles on the tracks say in sequence, “Eradication, Beheading, Strangulation.”  Talk about the meaning as it relates to those tracks.

We have never and will never interpret the meaning of lyrics or titles of Rxaxpxe. The tonalities are not meant to be understood but to be felt. They are about creating danger, insecurity and decay. They are about bringing this world back to Ain.

I’m curious about your studio and how you create.  What sort of hardware and software do you use?

There is no meaning in technical details. We ain’t “artists”: We are activists.

What artists and non-artists have inspired you?

We have collaborated with different individuals and artists who share the same ideals and visions. Among them Intestinal Disgorge, Ride For Revenge, Chaos Cascade, Marco Malattia, F&V and quite a few others. This is not a matter of musical genres but of burning bridges.

What further plans do you have for the coming months?

We will sharpen our knifes. We will load our guns. We will distribute grenades. We will set fire.

What result do you hope to accomplish for a live show as opposed to an album?

Rxaxpxe has never and will never perform live. The reason behind is that we strongly refuse to do a “show” in any way. We do not want to entertain. We prefer people listening to Rxaxpxe in their cellars doing plans of harming themselves and others.

Is it more important to you to create an image or vision from chaos or cause a visceral reaction, or one that a listener can lose themselves in?

People are experiencing the sounds in the most different ways imaginable. We do not want to define which is right or which is wrong as long people are deciding to join the movement and take the knife.

Can you talk about some of the buried sounds beneath the overdrive and harsh noise static?

There are tantric religious sonoric trance melodies. There are tortured women begging for more. There are burning children laughing in joy.

Can you expand on the occult element behind your work?

Rxaxpxe has always been considered an act of terrorism. People only have the chance to see the truth if they are forced to do. We want to set fire in the minds of our listeners who themselves shall carry the fire and infect the world with disdain, hatred and malevolence. This is the way of the Adversary.

Thanks for your time.

Thanks for the propaganda assistance. HLS